Handover Ceremony of Crisis Shelter for Victims of Trafficking to provide trauma-informed, survivor-informed care and support.

The International Organization for Migration handed over the rehabilitated shelter to Ministry of Home Affairs, in order to protect and rehabilitate Victims of Trafficking, in partnership with local NGO called Beautiful Dream Society (BDS).

The handover ceremony was held in Maseru. "Today, we are happy that the shelter is in a good condition to be handed over to your Ministry and thereafter Beautiful Dream of Society (BDS) which will provide much needed protection and care for victims of trafficking in a safe, secure and comfortable place. At this juncture, I would like to express our sincere appreciation to our donor, Government of Japan and its people, to have provided financial support to IOM which enabled us to support the rehabilitation of facility” said Ms. Eriko Nishimura, Head of Office, IOM Lesotho.

Hon. Motlalentoa Letsosa, minister of home affairs stated: "It is my honour and privilege to make a statement on this occasion which marks a milestone for the Government of Lesotho in fighting against Trafficking in Persons," the Minister continued: "as a key ministry to tackle human trafficking, and as the minister of home affairs, I had made tireless efforts towards counter trafficking over the past 6 months. The cabinet has established sub-committee to effectively tackle with human trafficking, and proposed amendment to the Anti Trafficking in Persons Law which was approved by cabinet”.

This rehabilitation was supported by the Government of Japan and its people under the project titled ‘’Counter Trafficking in Persons and Smuggling of Migrants through Victims of Trafficking (VoT) Crisis Shelter rehabilitation and building immigration department’s capacities in Lesotho.’’

Handover Ceremony of Crisis Shelter for Victims of Trafficking to provide trauma-informed, survivor-informed care and support. 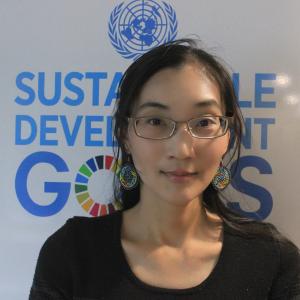 IOM
Representative
enishimura@iom.int
Ms Eriko Nishimura is Head of Office (HO) at IOM in Lesotho. Previously, she spent 4 years at IOM in Rwanda in charge of project management and monitoring and evaluation (M&E). Prior to joining IOM, she has extensive work experience in Eastern African states, which includes managerial and leading role in business for 4 years in Rwanda, and M&E task for 3.5 years at Embassy of Japan in Kenya.

She was previously in the humanitarian sector for 8 years in conflict transformation and peace-building. She also served as a Conflict Adviser during 2007 Post Elections Violence in Kenya. She hold B.A. & M.A. in International Relations from Ritsumeikan Graduate School, Kyoto, JAPAN. 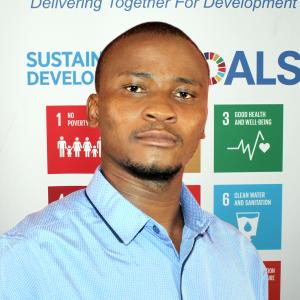